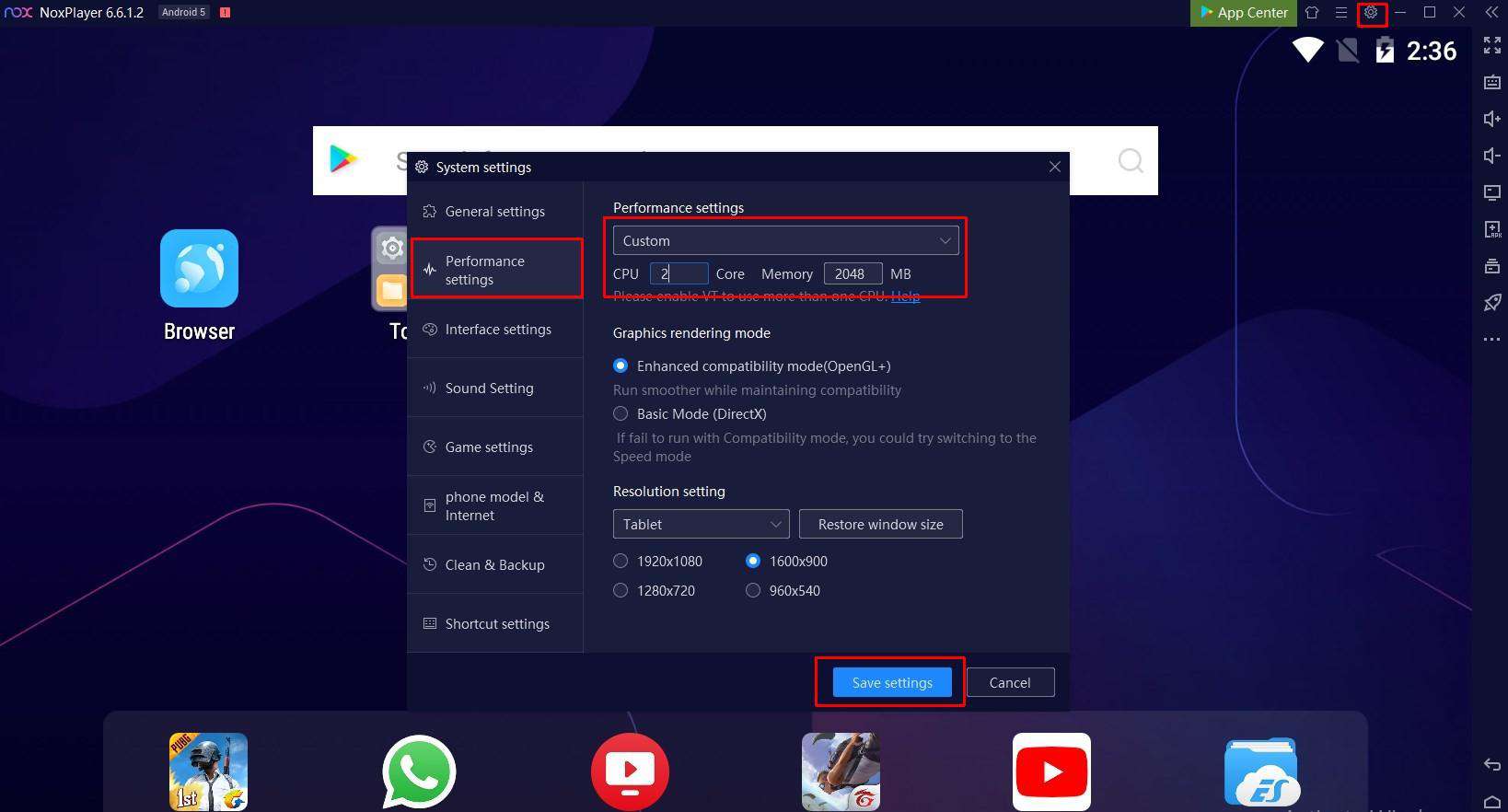 When we compared various emulators, we found that Bluestacks and NoxPlayer were amongst the fastest Android emulators so far (on our systems at least).  But when we tried to run several other programs or apps along with NoxPlayer, it slowed down a bit and it’s obvious. Other than that, there were times when we faced a lot of lags and speed issues while we played some heavy graphical games. This is where we started optimizing the speed issues of NoxPlayer.

Just like other users, we faced this problem while playing PUBG and Call of Duty Mobile for the first time on NoxPlayer. For a moment we thought, it’s because of the game size and the graphics involved but later when we fixed the issue we realized that there’s a lot more involved in the process of speeding up NoxPlayer.

How to Speed Up NoxPlayer?

Here’s what all you need to follow in order to speed up NoxPlayer!

#1. Reconfigure RAM and CPU in NoxPlayer!

By default there’s very less RAM allocated to NoxPlayer and you need to reconfigure it in order to get smooth gaming experience on the emulator. To allocate more RAM and change the CPU configuration, here’s what you need to do!

This will now allow NoxPlayer to use more RAM and give a stable gaming experience.

Make sure you close all other apps before you start playing games on NoxPlayer. It will ensure that most of the resources are allocated to only NoxPlayer. There are many apps like Chrome that use maximum RAM when running in the background. You can simply close the app or completely stop the program by using Task Manager. 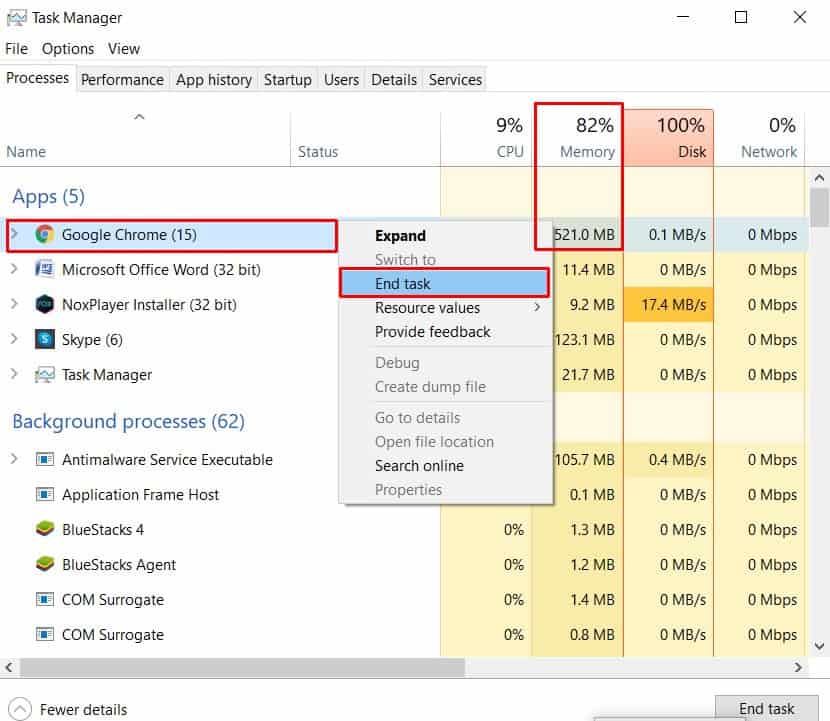 Open Task Manager and right click on the particular app and click on End Task. That’s all you have to follow in order to close more apps or programs in a similar way.

Just like your Android smartphone needs regular cleaning of cache to run smoothly, NoxPlayer too stores a lot of cache data in the system. Sometimes, just by clearing the cache, the lag issue can be solved. This is pretty simple to implement. 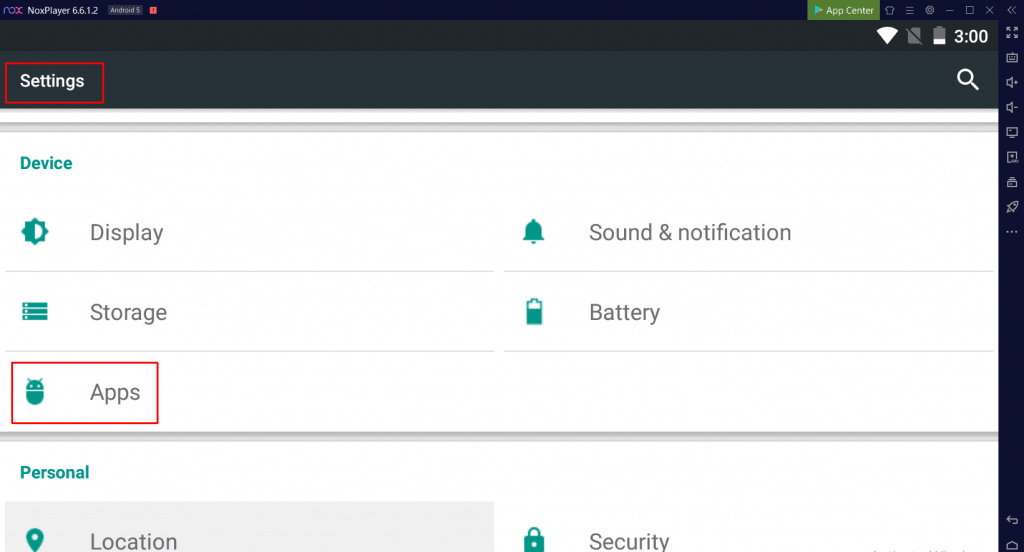 This will now clear the cache of NoxPlayer and we hope your emulator will work fine after this! You can also clear each app’s or game’s cache separately as you usually do on your Android devices. It’s pretty simple to be honest.

It’s often observed that a lot of users have outdated graphic card drivers installed on their Windows and then they face Nox lagging issues. It’s mandatory to use the updated graphics card irrespective of the emulator you are using. Besides this, you should also switch your processor to high-performance. If you are not aware of how to change it, here’s a simple guide you must follow.

It’s not all about clearing cache but you must also ensure that your disk is cleaned up when you face any issues in Nox speed. Maybe the data which is stored is of no use for you or maybe you’re not playing those old games anymore! There are several reasons why you must clean up disk space regularly to maintain the speed of NoxPlayer at its best! 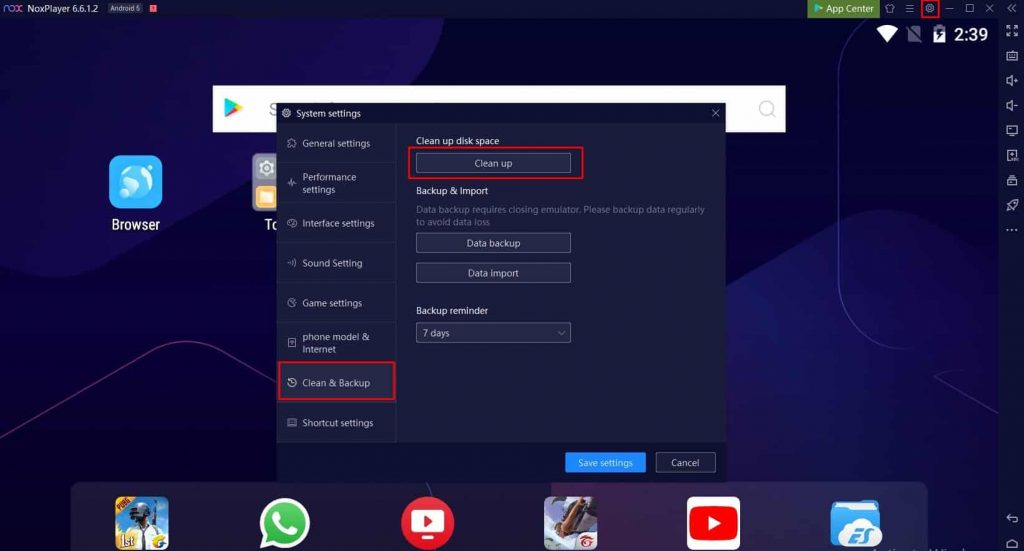 Note: It might take some time to clean up the disk. Make sure that you don’t cancel or don’t close the NoxPlayer in between the process else, you will face issues again.

#6. Update NoxPlayer to the Latest Version!

NoxPlayer’s latest version runs on Android 7 and it’s by far the fastest Nox emulator version ever! If you’re having NoxPlayer 5 or even earlier versions, you must definitely consider updating your Nox to the latest version. By default, the Nox version is shown on the top left corner of the emulator. Cross check it with the official website or use this method to update it. 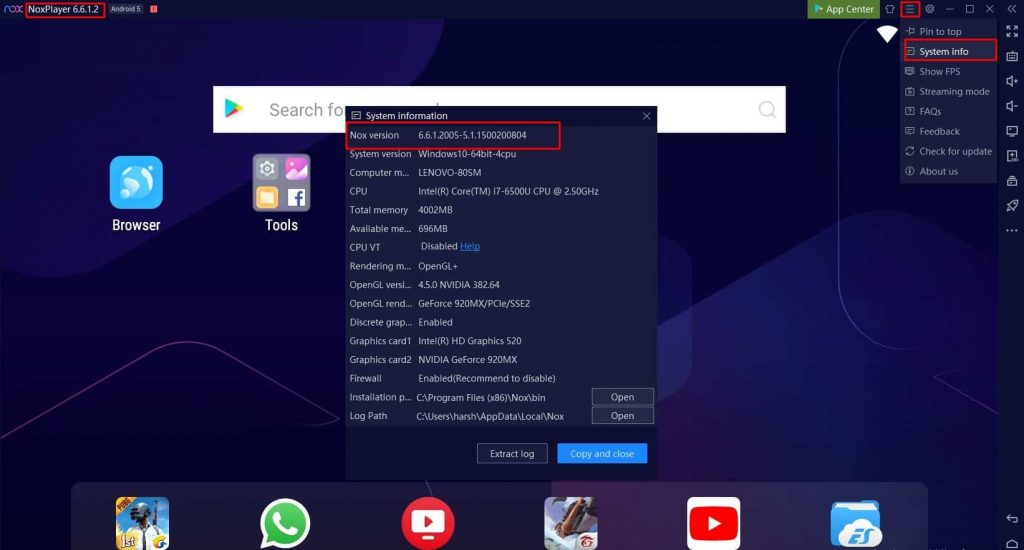 To update NoxPlayer, close the emulator and launch again. It will automatically detect if there’s an updated version available and will show a pop-up for the same. As our NoxPlayer is on the latest version, we didn’t get any such pop-up but you will get it if your version is older.

We’re sure that these tips would help you to speed up your NoxPlayer Android emulator in quick time. If you still face any issues after following the above given tips, do reach us via the comment section below and we will guide you with proper solutions. Till then, play your favorite Android games on Windows PC and have lots of fun with your buddies! 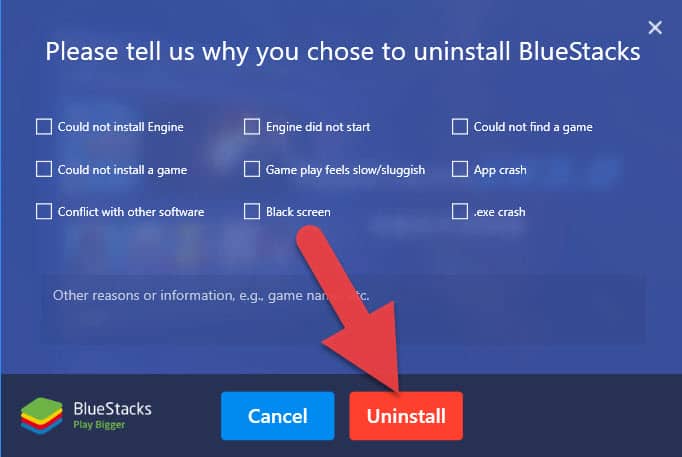 BlueStacks is used to run Android apps and games on Windows OS systems without any hassles. Gamers around the world love this emulator and so far it’s the best of all emulators available. But a lot of users still face some issues and want to get rid of BlueStacks emulator quickly. It might be due… 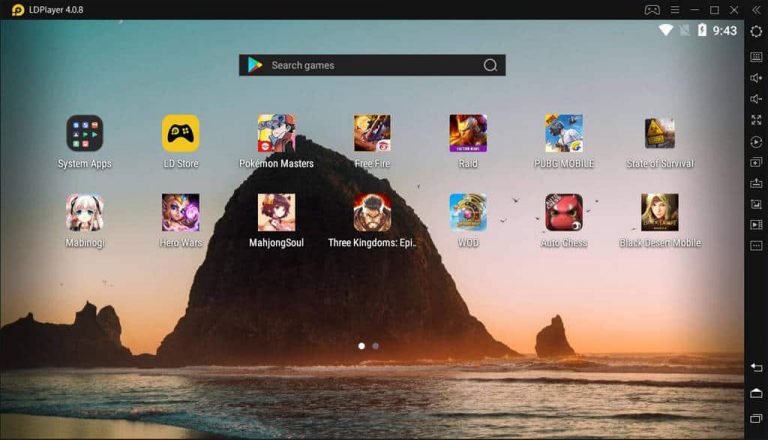 Emulators like Bluestacks, NoxPlayer and MEmu Player were the early adaptors in Android simulation for Windows users but lately LDPlayer has gained immense popularity right after its launch. If you want to play high resolution games on your PC, LDPlayer is a perfect Android emulator for you. Launched in 2018, it now supports over 1… 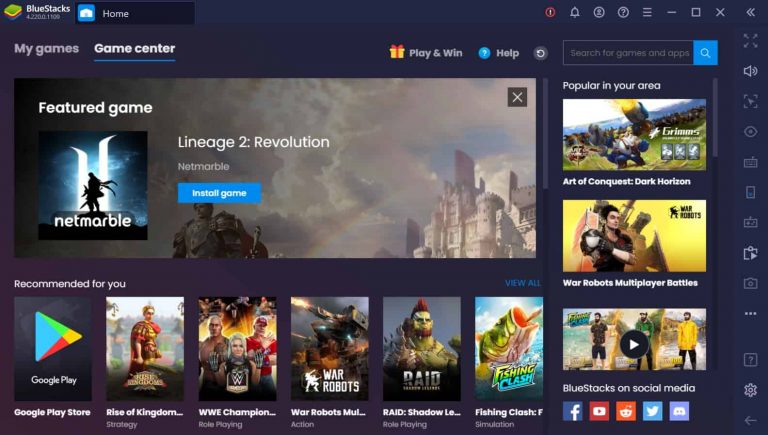 When it comes to playing Android games on PC, BlueStacks is unarguably one of the best Android emulators for Windows 10 and Mac users around the world. BlueStacks 4, the latest version, runs on Android Nougat (7) technology and it was the first emulator to implement it back in 2018. And ever since then, BlueStacks has… 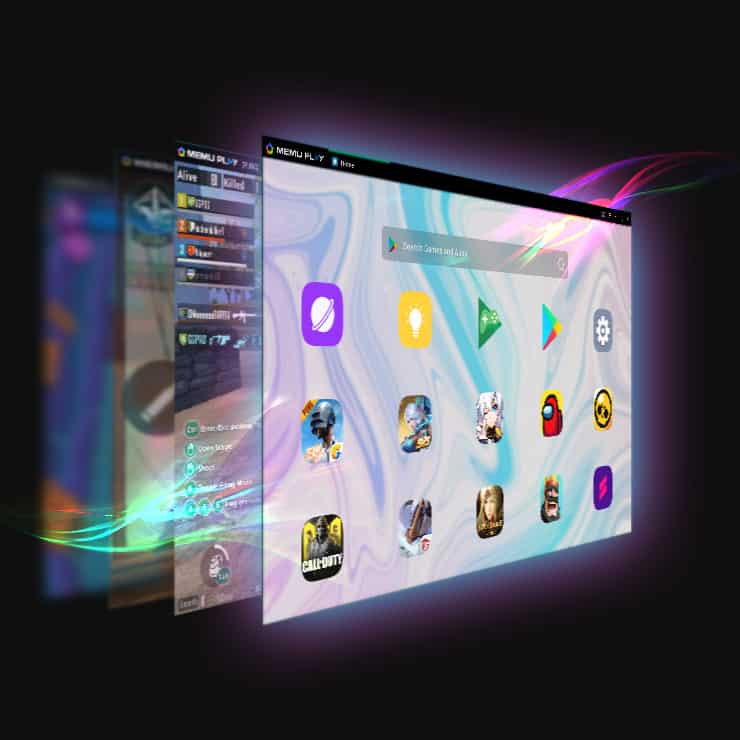 MEmu Player is one of the most underrated Android emulators for some reasons. We couldn’t find the exact reason but instead, we enjoyed playing our favorite games like Clash Royale, Into the Dead 2: Zombie Survival, Call of Duty: Mobile and a lot more action-packed games! The gaming experience was simply amazing without any lags… 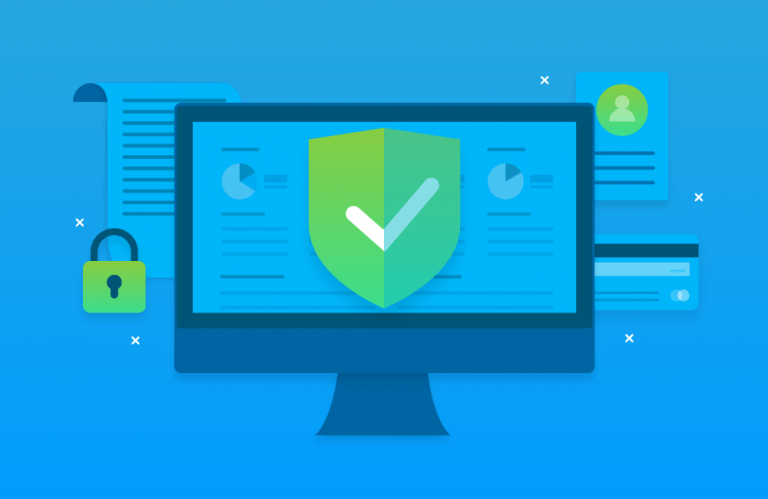 The Android emulators have been around for almost a decade now and it has surely improved gaming experience for Android users. But little did they know that there might be potential threats of Trojans or malware creeping in your system when you install these emulators. And the worst part, you won’t even know what’s being…

Playing Android games on PC is no more rocket science with so many Android emulators around. In fact, the game developers have now started developing their own emulators which support games developed by them. Tencent Games was one of them which launched Tencent Gaming Buddy to let users play PUBG Mobile game on PC officially….